This 11 September, the Belgian Royal Academy of Medicine awarded the Bekales Prize to Prof. Basile Stamatopoulos, Doctor of biomedical and pharmaceutical sciences from the Université Libre de Bruxelles, lecturer at the Faculty of Medicine and researcher at the Clinical Cellular Therapy Research Laboratory of the Jules Bordet Institute, the reference centre in the fight against cancer in Belgium. This prize rewards his major scientific contribution in the field of leukaemia.

About the Bekales Prize
The Bekales Foundation, under the aegis of the Royal Academy of Medicine, supports research by awarding an annual prize to a researcher aged under the age of 40 who has realised particularly outstanding work in the field of leukaemia. This year the jury awarded the prize to Prof. Stamatopoulos for a study on chronic lymphocytic leukaemia (CLL) concerning the composition of the antibodies produced by leukaemia cells and realised in close cooperation with the University of Oxford and many Belgian and European centres.

About chronic lymphocytic leukaemia (CLL)
Chronic lymphocytic leukaemia (CLL) is the most common cancer in the Western world. This research is of great importance as this leukaemia remains incurable with conventional treatment and affects more than 800 patients a year in Belgium. In this study awarded the Bekales Prize,  Dr Stamatopoulos and his team looked at DNA sequences in the protein chains that constitute the antibodies and showed that patients suffering from LLC with a light chain IgLV3-21  had a high risk illness and reduced survival. This study was based on total RNA sequencing initially carried out on 32 patients with an aggressive form of the disease and was subsequently confirmed on more than 800 patients. The presence of this light chain will therefore make it possible to identify or diagnose patients with an increased risk of progression of the disease. A recent hypothesis also suggests that the chain IgLV3-21 stimulates the leukaemia cell in a continuous manner and induces resistance to cellular death. These results, financed by Télévie and Friends of the Bordet Institute, highlight for the first time the potential role of the autostimulation of light chains and their prognostic impact on chronic lymphocytic leukaemia. 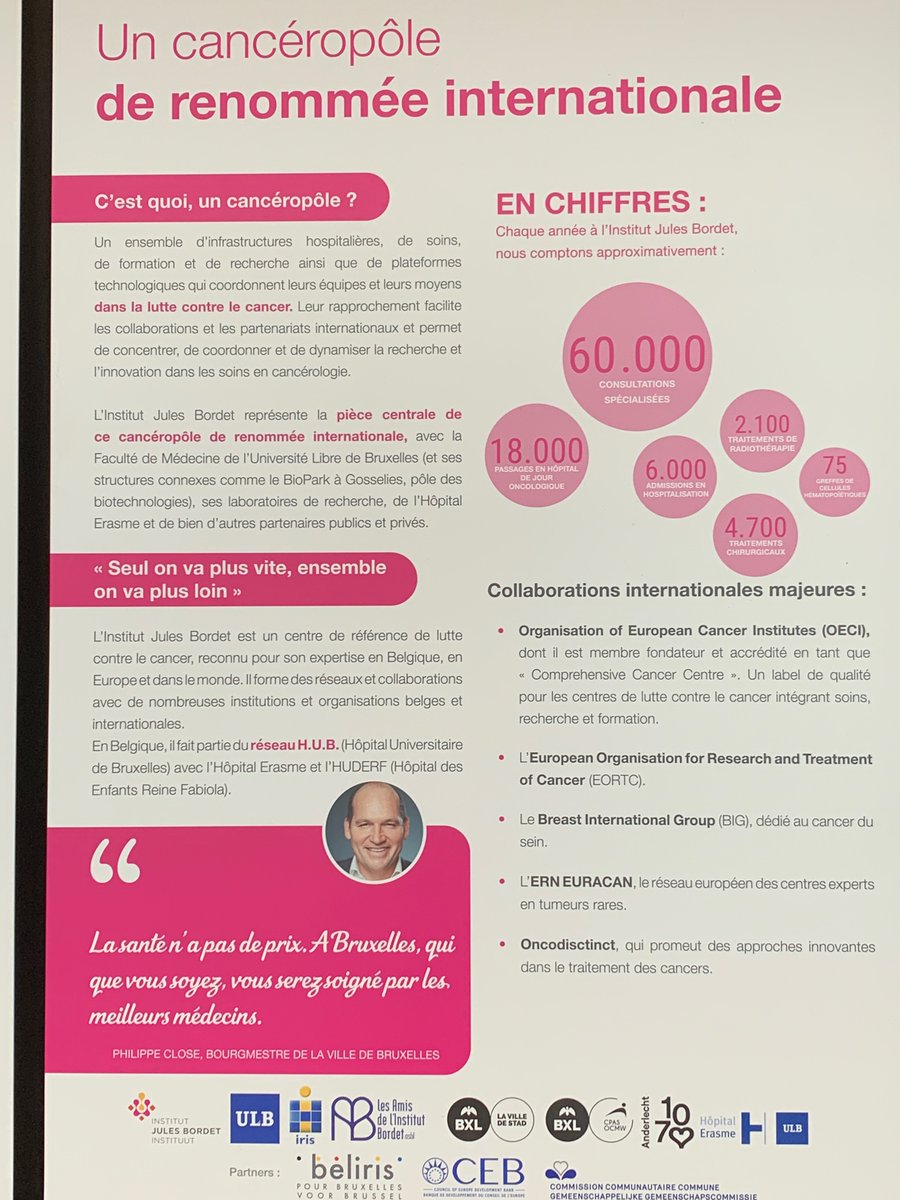 Delivery of the first MRI-Linac 1.5 Tesla in Belgium to the Radiotherapy Department of the New Jules Bordet Institute!

The very latest radiotherapy equipment representing one more step on the road to perfecting our cancer treatment and the precision of our patient care.