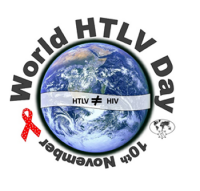 Several research teams worldwide are working to raise awareness of an under-researched virus, Human T cell Leukemia Virus type 1 (HTLV-1) and find better treatments for the devastating illnesses that it causes. Among them, Anne Van den Broeke’s team at the Institut Jules Bordet.

HTLV-1 a cousin of HIV

The catastrophic impact of HIV - Human Immunodeficiency Virus, the virus that causes AIDS - is well-known worldwide. Not so well known is its distant cousin HTLV-1, which also has the potential to destroy lives.

An estimated 20 million people worldwide are infected with HTLV-1. About one in ten of them will develop adult T cell leukemia (ATL), an aggressive cancer of the white blood cells, or another condition characterised by neurological disorders, progressive lower limb weakness and paralysis. Both diseases are debilitating and the leukemia is usually fatal despite treatment.

HTLV-1 infection is most prevalent in Japan, Australia, sub-Saharan Africa, South America and the Caribbean, Iran and specific regions of Europe like Romania. The virus is mainly transmitted within families and local communities, however, as travel becomes easier and people move around more, those who carry the virus may no longer live in a high-risk area. For this reason, it is becoming increasingly difficult to prevent further spread of the virus. With HTLV-1 infection

becoming more geographically spread, as illustrated by an increasing number of HTLV-1 leukemia patients diagnosed in Belgium, there is an urgent need to raise awareness of it among both medical professionals and the public.

Despite the large number of people infected with HTLV-1, and the likelihood that the number will continue to rise due to our increasingly mobile global population, little effort has been made by governments and health organisations to identify infected people and to limit transmission. There are currently no vaccines or effective therapies, and only limited methods are available for diagnosis and these are usually only used for research purposes.

The research team working on HTLV-1 at the Institut Jules Bordet (Laboratory of Experimental Hematology, headed by D. Bron) in collaboration with the GIGA research institute (ULiège, Michel Georges) is committed to unravel the biological mechanisms by which the virus causes disease and to finding more effective treatments for those coping with the long-term consequences of infection. Besides continuing their research scientists see themselves as having wider responsibilities to raise awareness of the virus both in the public and in the medical community.