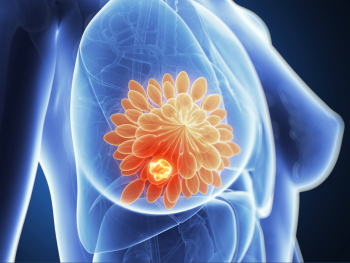 “Choosing to be treated at a breast clinic is to opt for the latest treatment and a medical context in which each case is discussing in a collegial way within a multidisciplinary oncology consultation.  It is to choose for a method of analysis and calibrated treatment for each type of breast cancer,” explains Professor   Martine Piccart.

The Mammaprint signature brings major progress in personalising the treatment of  hormone-dependent breast cancers  that are detected early
A genomic analysis to predict whether or not a patient being treated for a hormone-dependent breast cancer will benefit from chemotherapy administered in addition to hormone therapy. That is the aim of the Mindact study carried out by   the EORTC (European Organisation for Research and Treatment of Cancer) and BIG (Breast International Group) from 2009 and for which the Jules Bordet Institute was one of the key recruitment centres in Europe. Research now has nine years follow-up on this study and its latest analyses were presented recently at the ASCO (American Society of Clinical Oncology) congress.

The principle of the Mindact study
Mindact looks at the clinical utility of the Mammaprint prognostic test, a genome test that makes it possible to predict whether adjuvant chemotherapy brings an additional benefit in terms of survival without relapse for women already systematically receiving hormone therapy for their hormone-dependent breast cancer.  A cancer that represents three-quarters of current breast cancers.

Real impact for the patients concerned
The Mammaprint signature makes it possible to de-escalate treatment for women aged over 50 without risk. The signature is an expression of genes for hormone-dependent breast cancers and makes it possible to identify women aged over 50 who will not receive any benefits from adding chemotherapy to their hormone treatment. As such, it represents notable progress in personalising treatment for this patient category.

The results of the Mindact study had already been published in 2016 with a five-year follow-up. This year they were presented at the ASCO congress with a more mature analysis and a nine-year follow-up. This analysis shows that the test is particularly effective after the age of 50 for patients considered by their oncologist to be at high risk of relapse on the basis of clinical criteria but who have a “Mammaprint” gene signature that is considered low risk.  The Mindact study shows that the future of these patients, after a follow-up of nine years, is identical with or without chemotherapy.

Among women aged under 50 the Mammaprint signature is informative but omitting chemotherapy can lead to a higher risk of relapse (about 5%).

“This Mindact study is particularly important. Today there are a lot of biomarkers that are received enthusiastically by researchers and doctors, but there are few that have been the subject of such an advanced validation study.  The Mindact study is based on more than 6600 women recruited throughout Europe. This represents a considerable effort to show the effectiveness of a biomarker. For many other interesting biomarkers such a large scale demonstration unfortunately does not yet exist.”

New targeted medicines for hormone-dependent cancers
In this area too, major strides have been made in terms of patient survival.  When the hormone-dependent cancer of a patient recurs, the disease becomes incurable.  Recourse is then made to treatment weapons that make it possible to keep the disease in check for a number of years. In this context, it was recently proved that a new category of targeted treatment helps to increase the survival of these patients while presenting limited side effects. These targeted medicines are taken in addition to hormone therapy, are administered orally and are known as “CDK-46 inhibitors”. These are medicines that delay the development of resistance to hormone therapy by blocking the signalling pathways that a tumour cell can use to favour its survival.

“There are three such medicines: PALBOCICLIB, RIBOCICLIB and ABEMACICLIB. Clinical research has shown in recent months that this family of medicines not only made it possible to increase patient survival but also quality of life.”

Targeted medicines for early-stage HER2 breast cancers
“Another major treatment advance is in terms of HER2-positive breast cancers that represent 15-20% of breast cancers in Belgium. Thanks to the development of medicines that target the Achilles’ heel of this cancer, namely the HER2 receptor, it is possible, at an early stage of the disease (no metastases),  to propose a highly personalised treatment.”

Research has shown that for small tumours without lymph node involvement it is possible to simplify the chemotherapy and limit it to just one chemotherapy drug (Taxol), combined with a targeted therapy, trastuzumab. Thereby avoiding recourse to the kind of much more aggressive treatment that has been practiced for many years.

For larger tumours, the current favoured approach is treatment with medicines prior to surgery. It has been shown that by using two antibodies against the HER receptor in association with chemotherapy, it was possible to obtain a complete remission of the disease (the tumour disappeared) before surgery in 60% of cases.

Finally, for women who do not show total tumour disappearance at the time of surgery and who therefore present a high risk of relapse, it was shown that taking the drug TDM1 after surgery gives them significant protection against relapse with good tolerance to the treatment. TDM1 functions as a Trojan horse. It is trastuzumab to which a highly toxic chemotherapy agent is attached but one that only attacks the tumour cells thanks to the   trastuzumab antibody that recognizes the tumour cells as a priority.

“Research also showed this year that other medicines, based on the same principle, obtained spectacular response rates for advanced cancers. Prospects for this pathway are therefore very encouraging.”

“It is probable that for breast cancers further research is needed with combined immunotherapies (combination of different immunotherapies) in addition to chemotherapy. This is a field in which it is vital for research to invest. An interesting avenue is to test combined therapies very early in the treatment, before a relapse, with a curative goal.”

The “Alexandra” study
The Jules Bordet Institute is responsible for collecting data from the first major global study that tests chemotherapy combined with immunotherapy, compared to chemotherapy alone, for patients with a triple negative breast cancer and who have been operated on. The Alexandra study, coordinated by BIG, is today at the recruitment stage.