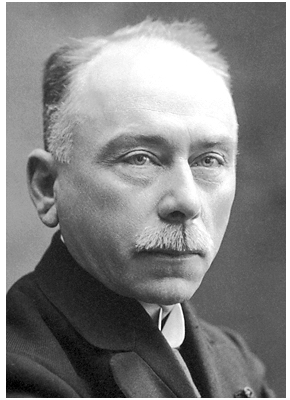 A centenary to celebrate for the Jules Bordet Institute!

Brussels, 7th of August, 2019 – 2019 is the centenary year of the Nobel Prize in Physiology or Medicine won by Professor Jules Bordet in 1919 for his major discoveries relating to immunity. On this occasion we look back at the historic links between Jules Bordet, an exceptional scientist, and the Institute that bears his name, a reference centre in the fight against cancer in Belgium. Links that continue to this day through modern immunological research.

Immunity at the heart of his research and a Nobel Prize in recognition of his work.
Jules Bordet was a microbiologist and immunologist. In 1919 he was the first Belgian to be awarded the Nobel Prize in Physiology or Medicine in recognition of his major discoveries relating to immunology. Set out in the "Treatise on immunity in infectious diseases", these discoveries show that the organism reacts to the introduction of foreign agents (microbes, cells or substances) by creating antibodies. These antibodies are able to attach themselves to these foreign agents and destroy them thanks to a complement that is present naturally in the body, alexine. With this discovery Jules Bordet laid the foundations of our understanding of humoral immunity, our body's defence system resulting from the combined action of this complement and antibodies, and revealed the way in which microbes are destroyed in vaccinated subjects.

The historic links between the Professor and the Jules Bordet Institute
In 1894, as a young Doctor of Medicine from the Université libre de Bruxelles, Jules Bordet joined the Pasteur Institute in Paris where he explored the mechanisms of bacteriolysis or the destruction of bacteria. In 1931, at just 31 years of age, he founded the Pasteur Institute of Brabant, in Brussels, where he continued his research into microbiology while at the same time, until 1935, holding the chair of bacteriology at the Faculty of Medicine of the Université libre de Bruxelles. In 1919 he was awarded the Nobel Prize in Physiology or Medicine for his work in the field of immunity. In 1924 already he had joined the Scientific Board of the Tumours Centre at the Brugmann Hospital in Brussels. In 1939 the first national centre in the fight against cancer opened in Brussels. It bore the name of this exceptional scientist dedicated to research into tumours: The Jules Bordet Institute.

Jules Bordet opened pathways to modern research into immunology
Professor Jules Bordet's discoveries in immunology find an echo in modern research into immunology, still today largely carried out at the Jules Bordet Institute. His studies lie at the basis of immunotherapy, a type of treatment that seeks, among other things, to "mobilize" the patient's own immune defence to attack and destroy cancer cells. This is an important field of contemporary cancer research as it increases survival among certain patients while potentially being less toxic for the body than chemotherapy. Immunotherapy has already shown revolutionary results in the condition of patients suffering from skin, lung, bladder, kidney and other cancers.